Where We
Are Headed

The Past & Future Of Psychedelics As Medicine

Where
We Are
Headed

The Past &
Future Of
Psychedelics
As Medicine

Where
We Are
Headed

The Past &
Future Of
Psychedelics
As Medicine

For thousands of years, psychedelic compounds
have been a part of different ethnic and social
cultures around the world.

Today, they are transforming healthcare.

Psychedelics (sometimes known as entheogens) are substances that alter consciousness in various ways.

When taken in large enough doses, psychedelics induce what is commonly referred to as an altered state of consciousness, characterized by radically changed perceptions, intense emotions and novel thoughts.

Psychedelics can be naturally derived or synthetically produced.

The use of psychedelics extends back through a number of ancient cultures.

Organic residues of the psychoactive compound DMT were recently discovered in a 1000 year-old pouch from the South American Andes.

Throughout
Swiss chemist Albert Hofmann discovered that a chemical he had synthesized years before induced a dreamlike psychedelic state. That compound was LSD.

Fast forward to
On April 16th, 1943 Albert Hofmann accidentally absorbed LSD through his fingertips while conducting research in his lab. He became intoxicated and decided to go home, where he lay down and closed his eyes, only to see "an uninterrupted stream of fantastic pictures, extraordinary shapes with intense, kaleidoscopic play of colors".

On April 19th Hofmann intentionally ingested 250 micrograms of LSD to learn more about the compound.

He decided to ride his bicycle home from his laboratory, during which time he experienced the intense and profound effects of the compound.

Hofmann became severely anxious and believed he was dying, but when he arrived home his physician visited him and declared him to be perfectly healthy.

When he recovered from his experiment, he felt that LSD would eventually be used in a clinical sense as a psychiatric tool.

This important day in psychedelic history is now known as "bicycle day".
...there were over 1000 scientific papers on medical and psychotherapeutic research with psychedelics.

These papers highlighted that psychedelics had a number of legitimate use cases, including helping people overcoming alcoholism, reforming prisoners, and and also for self-experimentation by psychiatrists, “to gain an insight into the world of ideas and sensations of mental patients".

Robert Wasson, the Vice President for Public Relations at J.P. Morgan & Co, and his wife, are the first westerners to be allowed to participate in a Mazatec psilocybin mushroom ritual ceremony led by curandera Maria Sabina.

The following year, LIFE Magazine published an article by Wasson titled "Seeking the Magic Mushroom", which introduced psychoactive mushrooms to a wide audience for the first time in history.

Swiss chemist Albert Hofmann identifies and isolates psilocybin for the first time from samples sent by Robert Wasson to him.

Later, they traveled together to Mexico to give Marina Sabina a capsule of psilocybin for her to identify if he had successfully isolated "the spirit of the mushroom", and she agreed they had.

167 test subjects, along with the lead researchers (above) consumed various doses of psilocybin across a number of sessions.

‍This study led to the conclusions that, while 75% of the subjects in general described their trip as pleasant, 69% were considered to have reached a marked broadening of awareness

At the end of the study, 95% of the subjects declared that the psilocybin experience had "changed their lives for the better".

A still from Dying To Know: Ram Dass & Timothy Leary, a film by Gay Dillingham.

Thus began the most scientific experiment in the literature designed to investigate the potential of psychedelic drugs to facilitate mystical experience.

Half the capsules contained psilocybin (30mg)... and the other half contained a placebo.

According to Pahnke, the experiment determined that "the persons who received psilocybin experienced to a greater extent than did the controls the phenomena described by our typology of mysicism."

Researchers from the Spring Grove clinic in Maryland began using LSD to treat over 700 people with psychotic illnesses.

The research successfully demonstrated that LSD can be used to treat narcotic addiction and alcoholism, showing abstinence data "significantly in favor of the treatment group".

...some 40,000 patients had been prescribed some form of LSD therapy as treatment for a wide range of clinical conditions including neurosis, schizophrenia, autism, and psychopathy.

By
Within a few decades of Hofmann's discovery, LSD became a defining element of the 1960’s countercultural movement, encapsulated by the notorious phrase "Turn on, tune in, drop out". 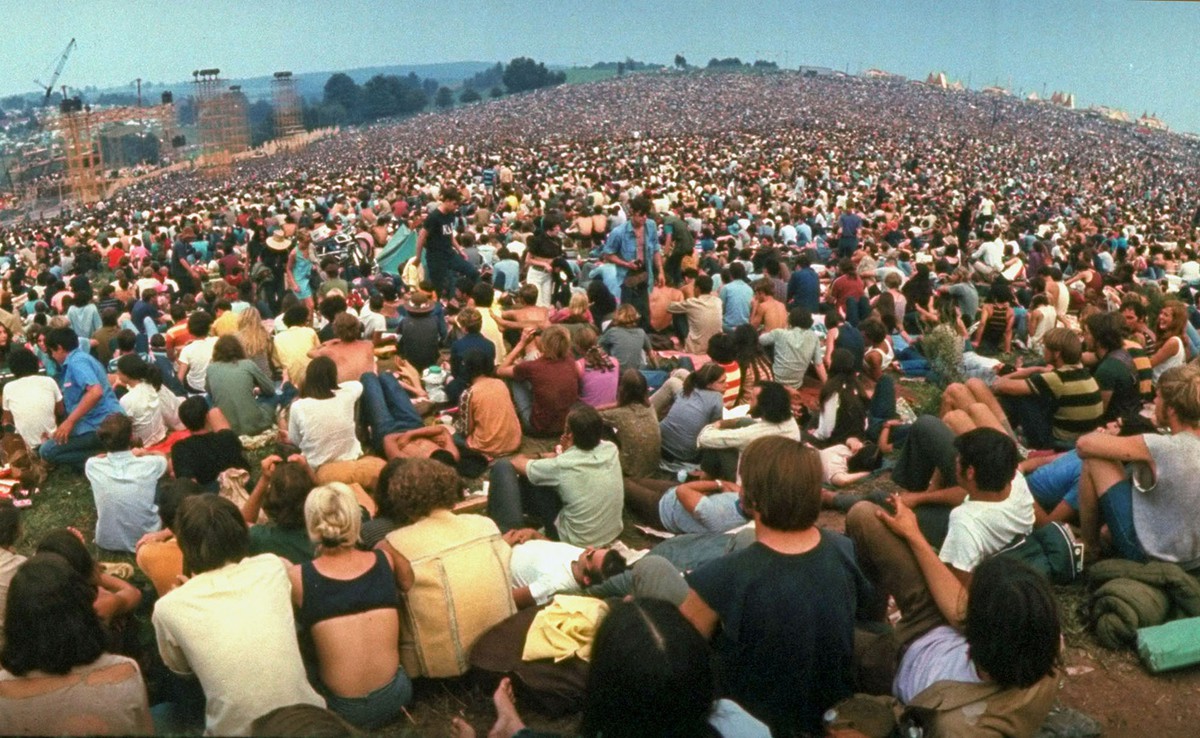 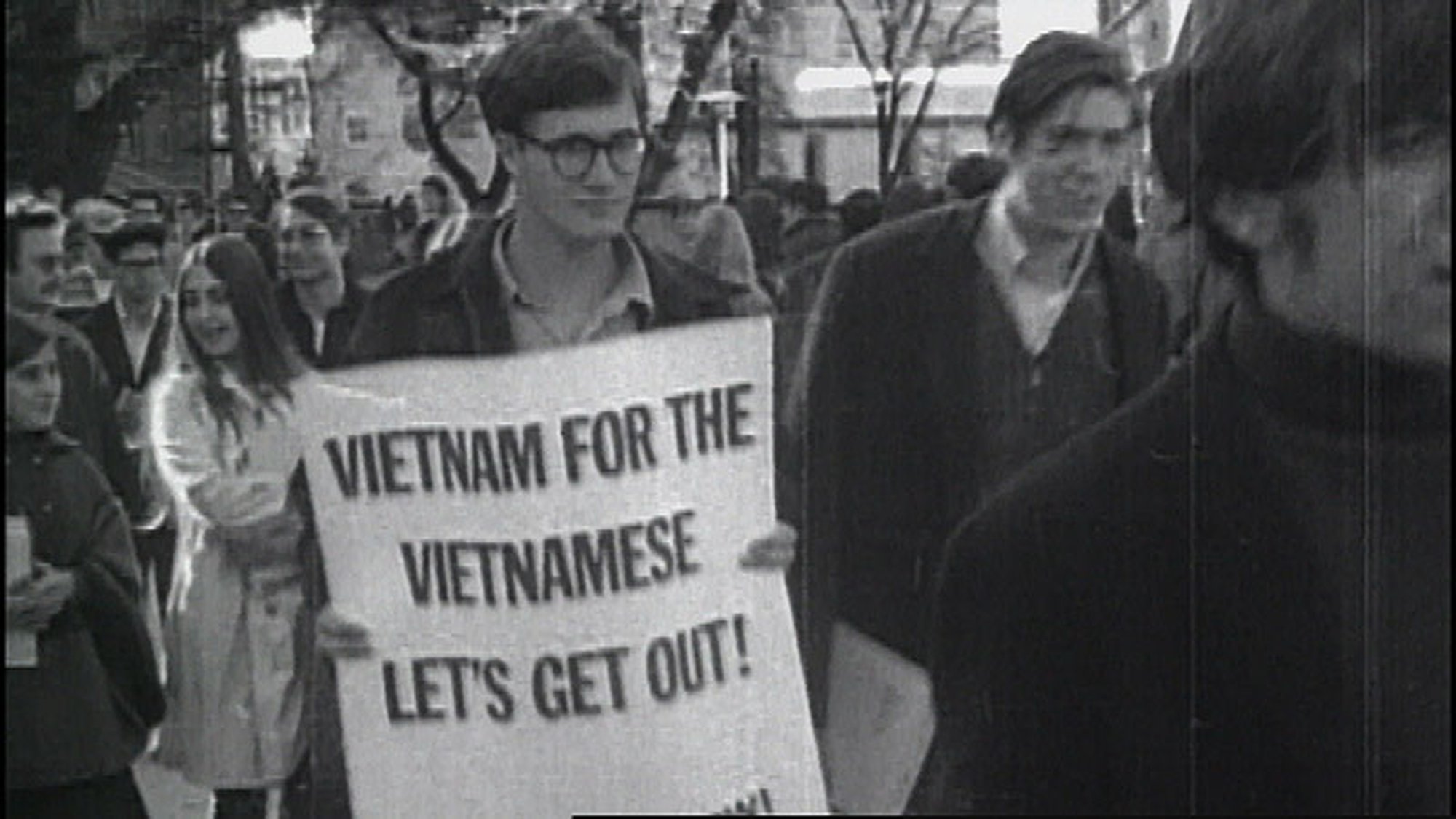 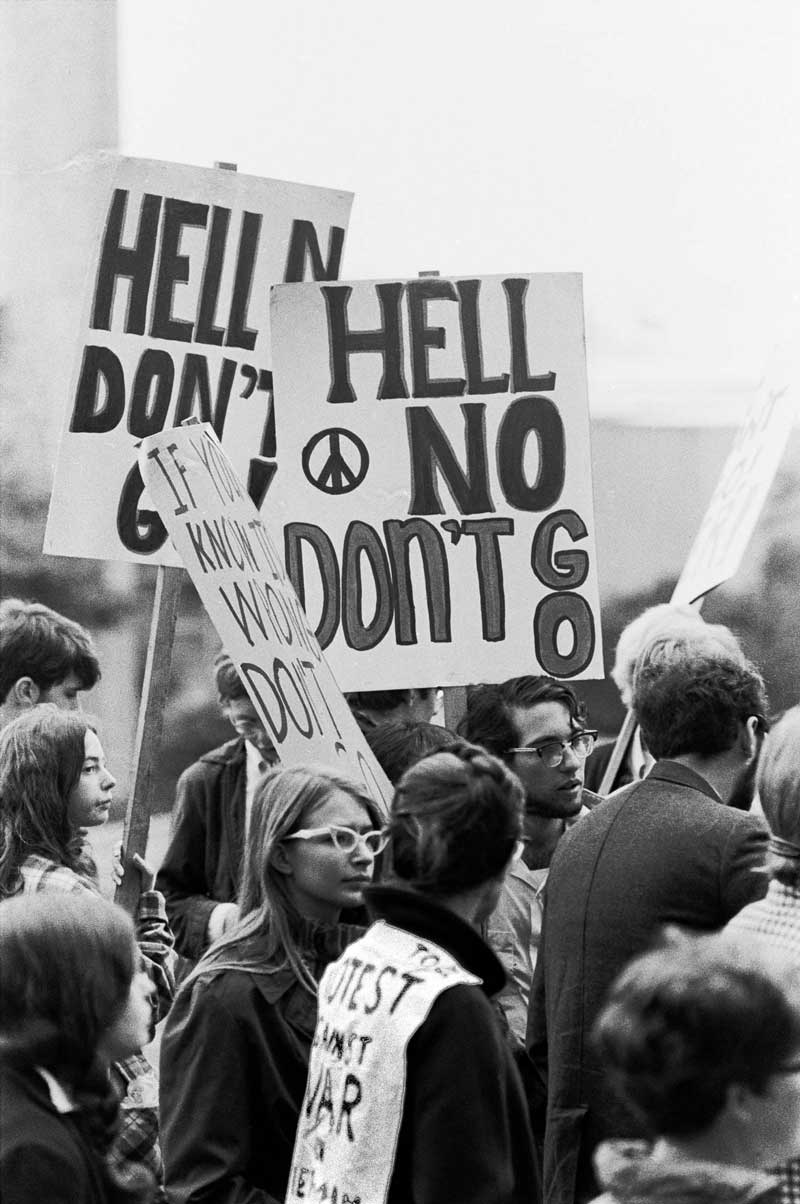 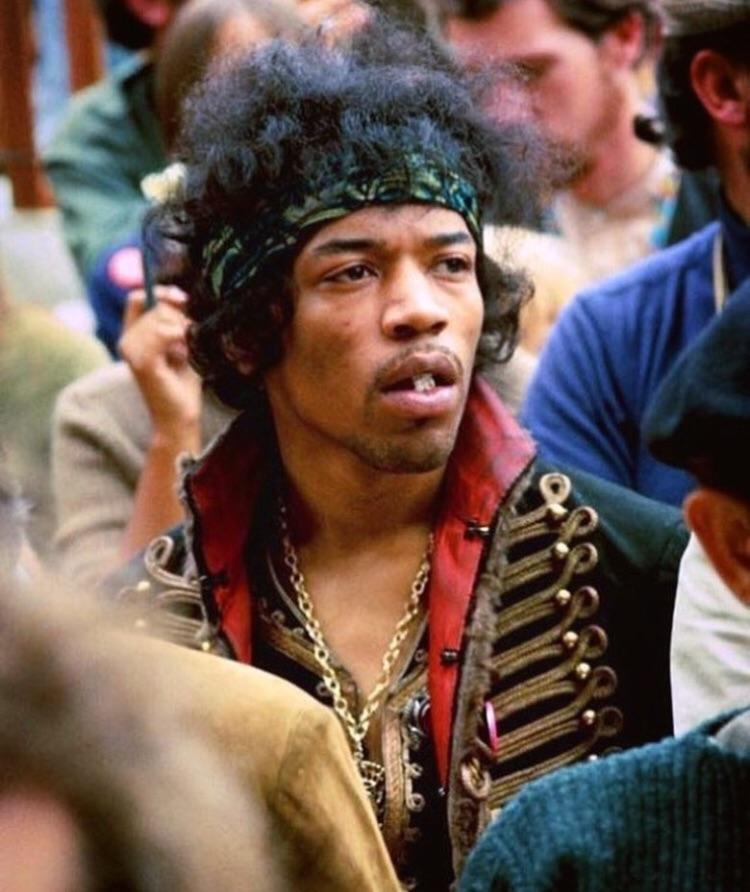 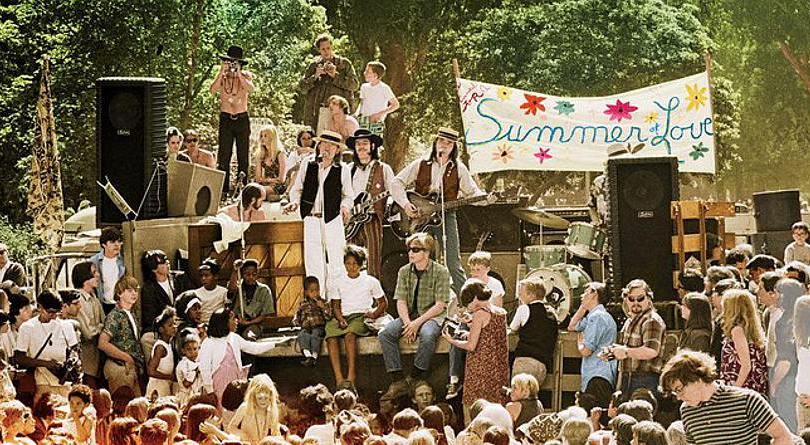 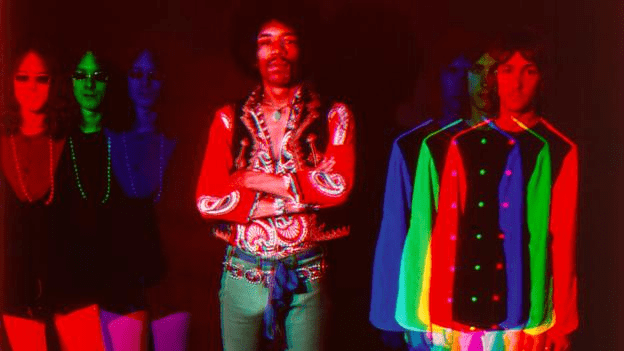 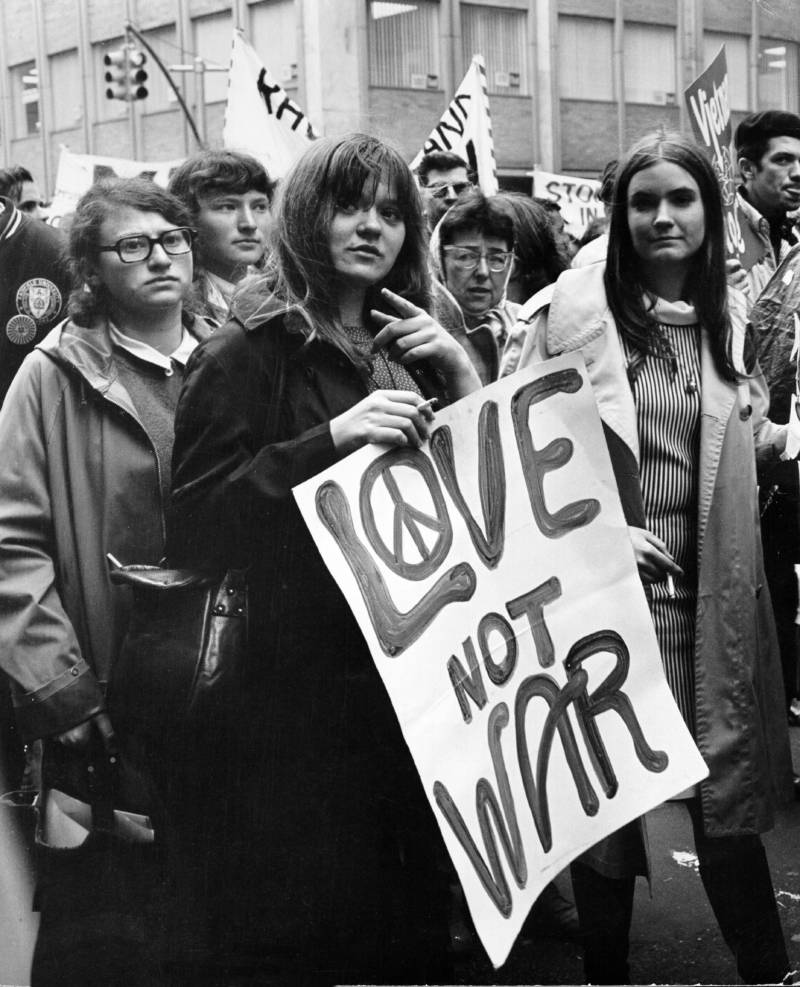 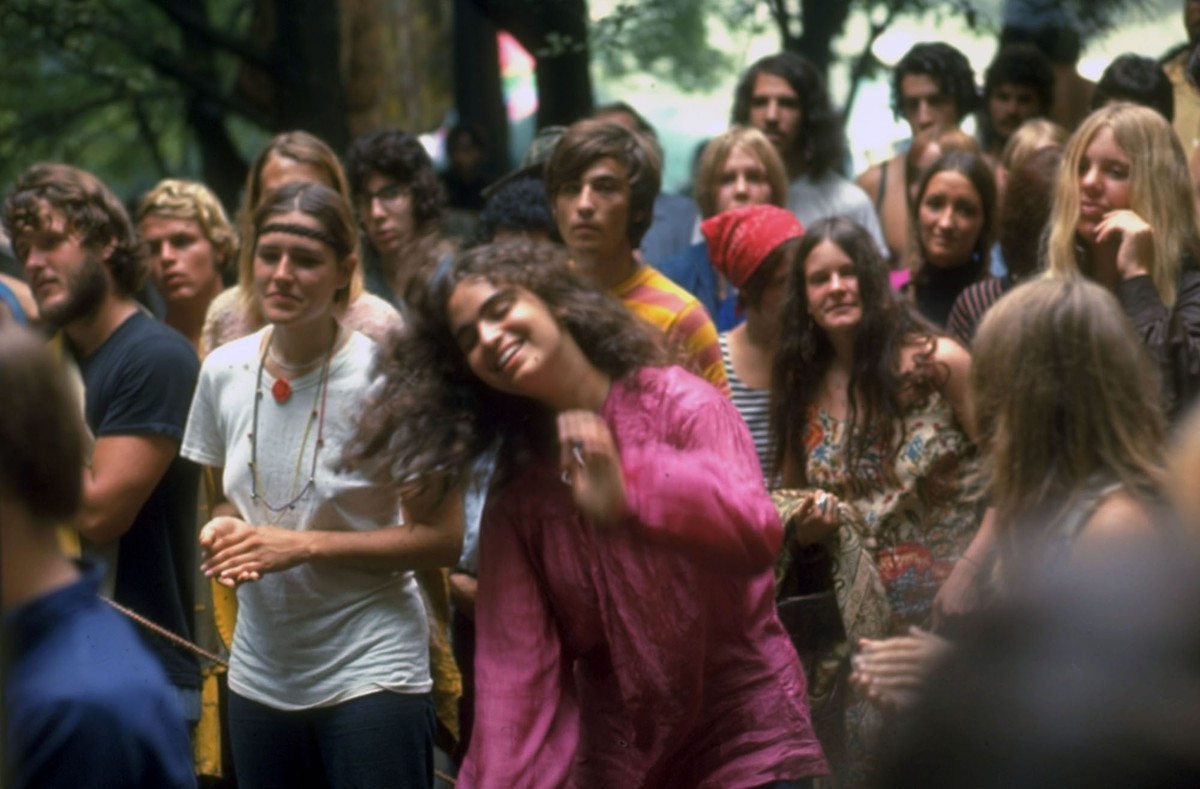 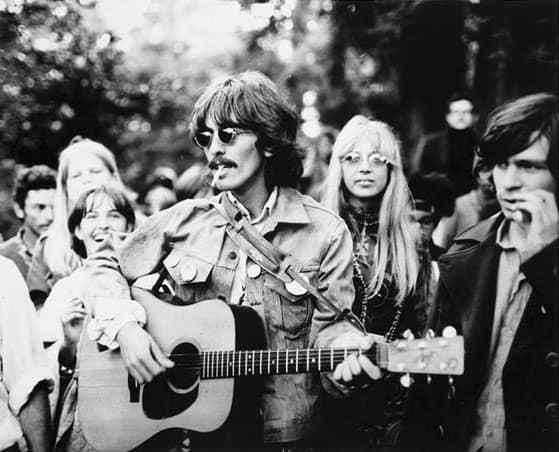 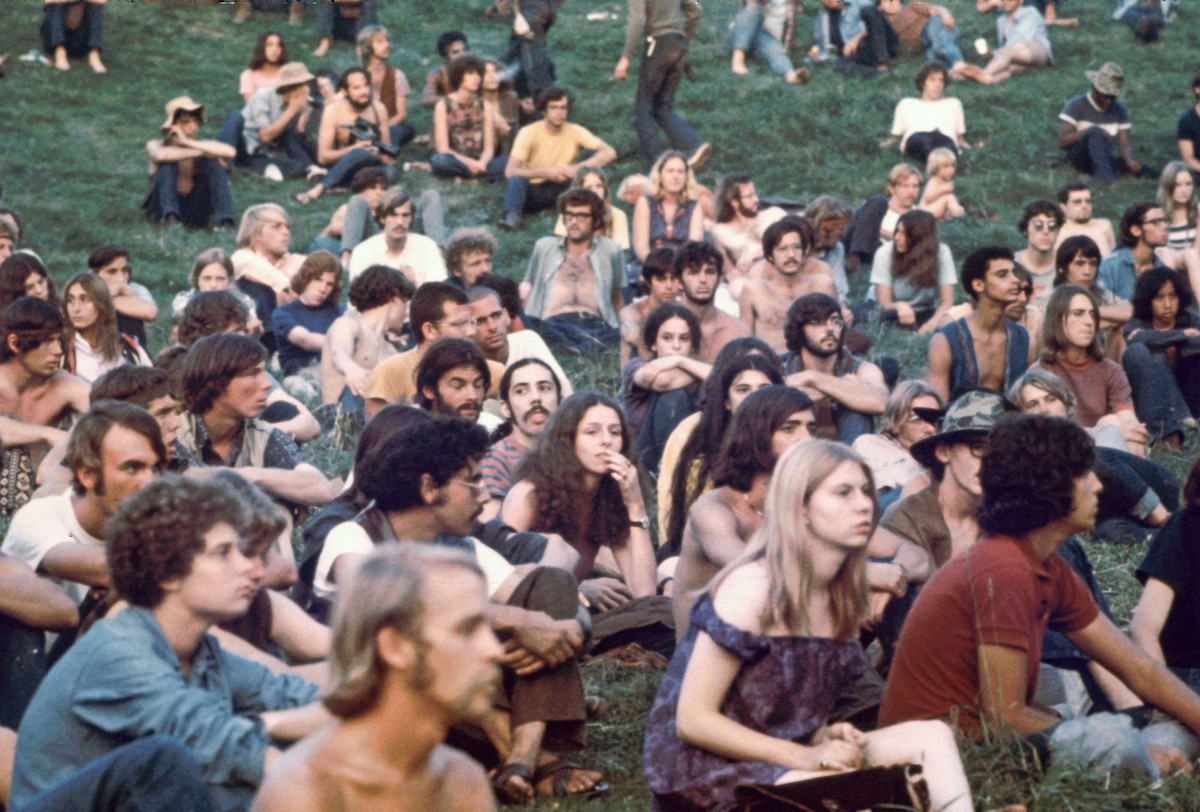 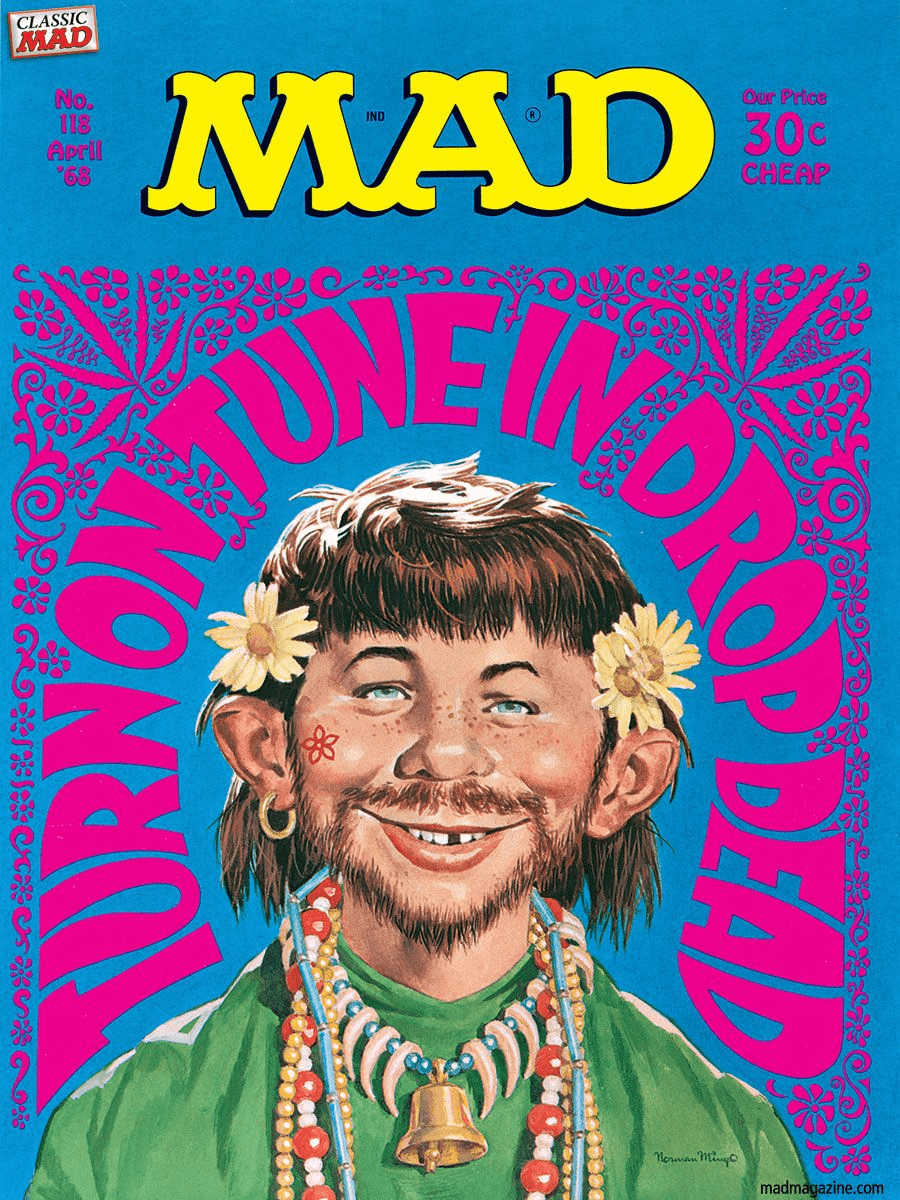 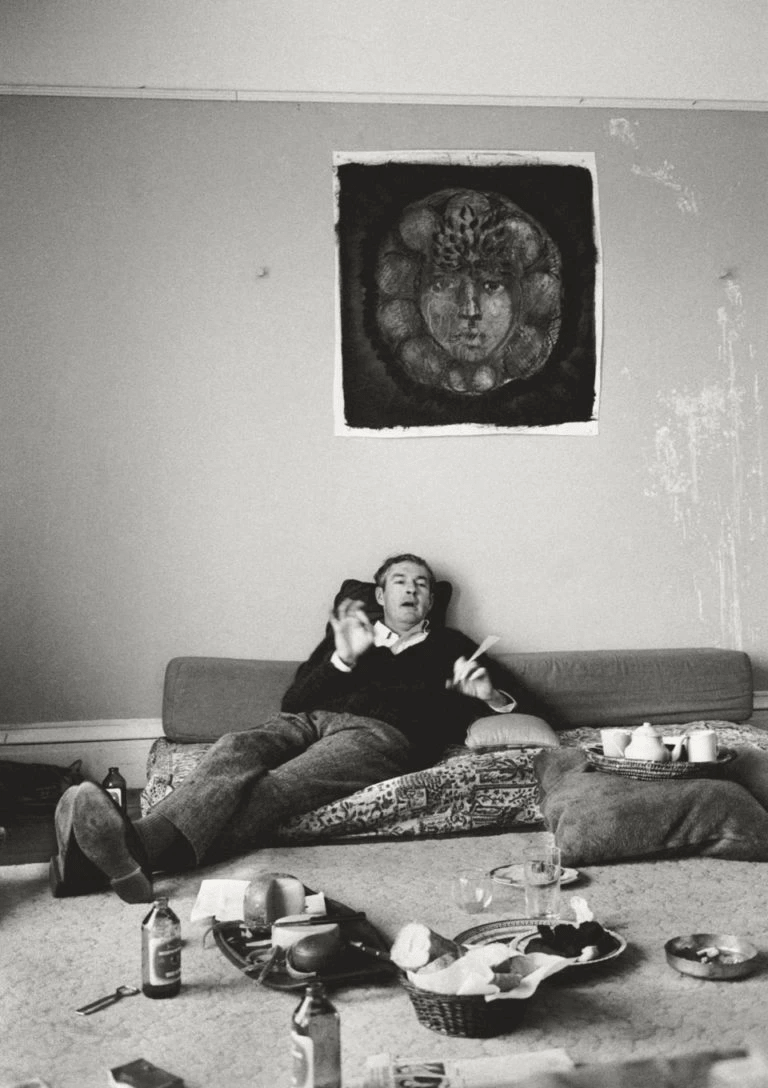 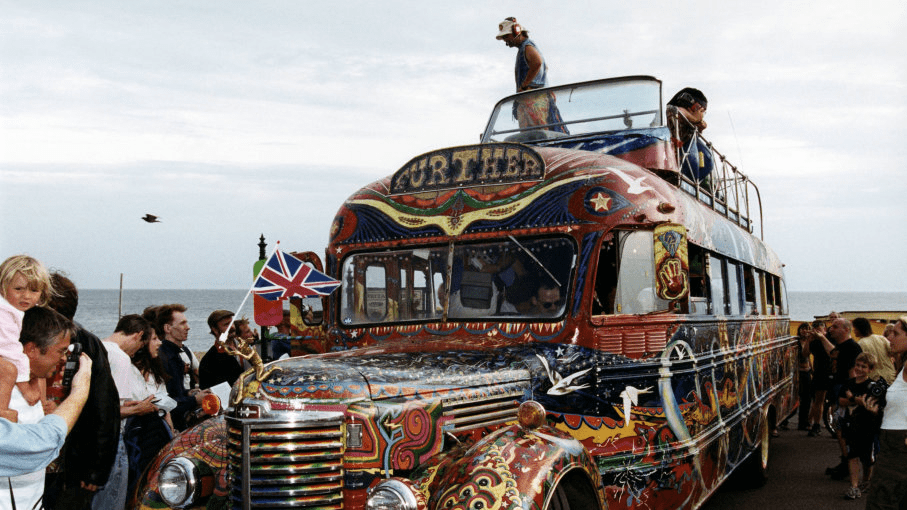 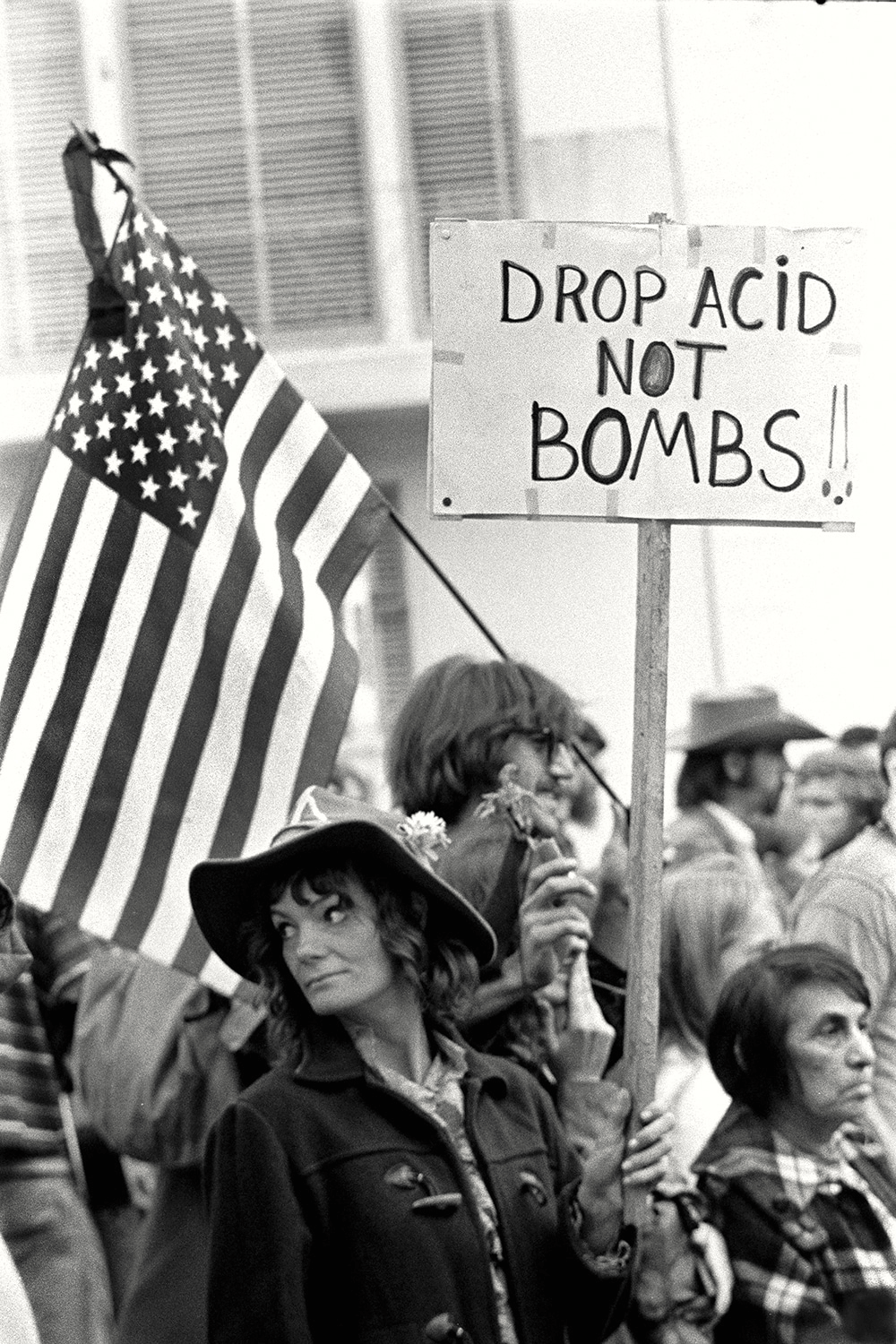 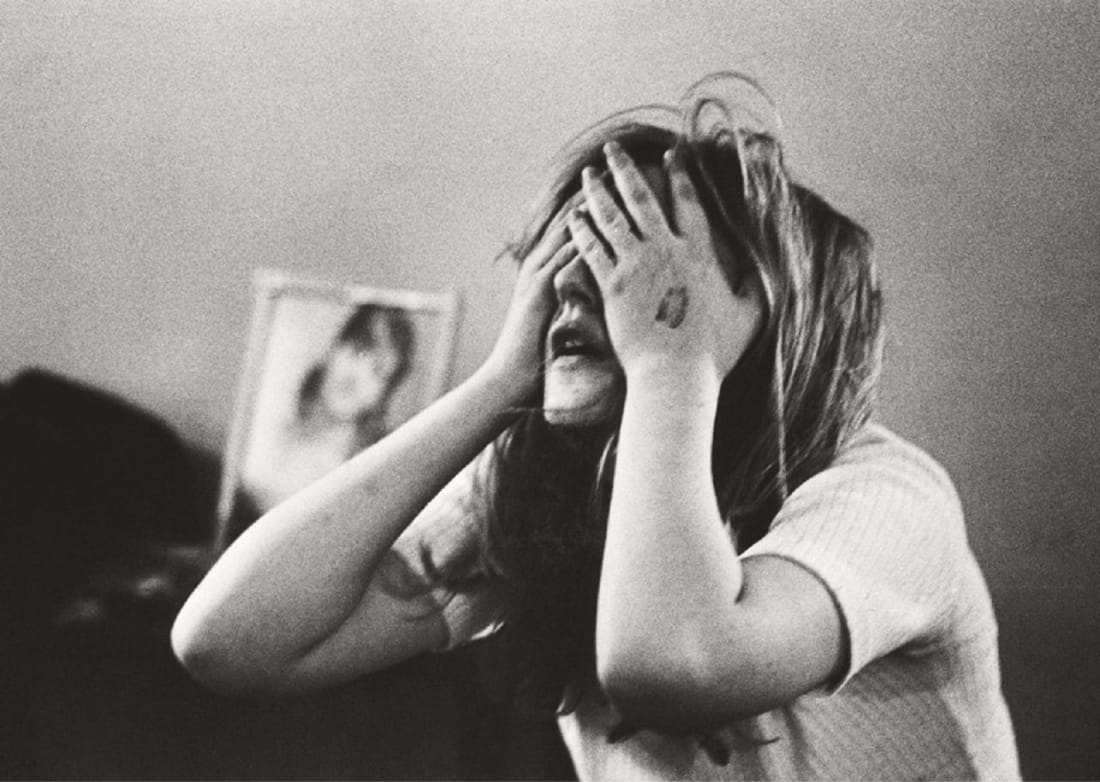 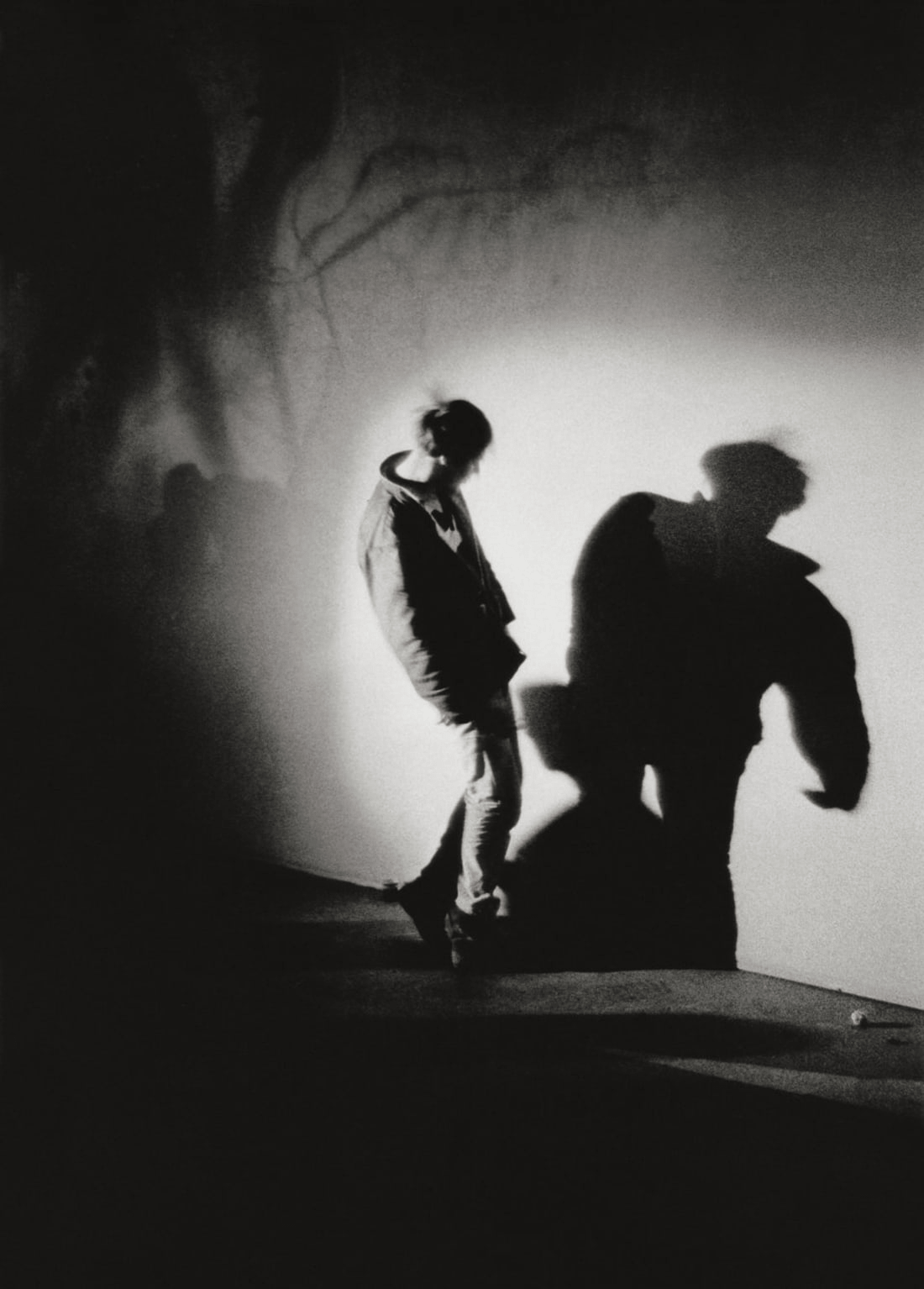 Despite strong opposition from psycholists and scientists, LSD was made illegal in the United states and was designated by the federal government as a drug with a “high potential for abuse” and one without any “currently accepted medical use in treatment.”

Many other countries, including Canada and most of Europe followed when the UN Convention on Psychotropic Substances was adopted, effectively banning all psychedelics and psychedelic research in most parts of the world.

The Nixon Government launched the "War on Drugs" in 1971.
This "war" also unfairly targeted a number of ethnic and racial groups.
Since it began in 1971, it has cost America over $1 trillion.
Incarceration rates have skyrocketed as a result of the "war".
Nixon's War On Drugs marked the beginning of a “psychedelic winter”, which effectively ended all public research efforts towards discovering the therapeutic and medicinal properties of psychedelics for several decades.

After decades of prohibition, Strassman receives permission to inject 12 human participants with DMT...

Hallucinogenic effects... included a rapidly moving, brightly colored visual display of images. "Loss of control," associated with a brief, but overwhelming "rush," led to a dissociated state, where euphoria alternated or coexisted with anxiety.

These effects completely replaced subjects' previously ongoing mental experience and were more vivid and compelling than dreams or waking awareness."

After many years of prohibition, recent discoveries have again begun to demonstrate immense possibility for psychedelics as medicines, especially in the context of helping people with mental health issues.

Mental health is a growing and global problem.
‍
Research suggests that 971 million people, or roughly 13% of the global population suffer from some form of mental disorder.

Furthermore, despite progress towards destigmatization, many people have difficulty seeking help for their mental health. As a result their conditions often become worse while they remain silent.

Over the past few years a number of compelling findings have led to a re-evaluation of the current narrative around psychedelics.

Increasingly, they are being recognized as powerful tools for tackling severe health problems, especially those that concern the brain.

July
Researchers from Arizona demonstrate that psilocybin can be used to acutely reduce symptoms of obsessive-compulsive disorder.

March
Mounting evidence highlights that through various methods of delivery, ketamine can be used to significantly reduce symptoms of treatment-resistant depression.

March
MDMA-assisted psychotherapy is shown to be as effective in helping patients with treatment-resistant post-traumatic stress disorder.

October
Research led by Imperial College of London reveals how consciousness is altered and how the brain behaves differently under the influence of psilocybin.

This research included evidence that psychedelics reduce activity in the default-mode network, a part of the brain that is responsible for self-representation (ego).

February
Images from Imperial College of London's research on how psychedelics effect the brain. These connections highlight that under the influence of psilocybin, different regions of the brain become more connected (ie. communicate with one another) than they would in the context of normal consciousness.
Research from Johns Hopkins University shows that psilocybin can help people quit smoking more effectively than existing treatments.

November
In January 2015, MDMA-assisted therapy was notably featured on the front page of the British Journal of Psychiatry.
Researchers from University of New Mexico and Brazil find that psilocybin-enhanced therapy is highly effective for overcoming alcohol dependence.

January
A study of 190,000 Americans shows that lifetime psychedelic use was associated with significantly reduced odds of psychological distress and suicidality.

November
The "living room" in the Johns Hopkins Psychedelic Research Unit is where psilocybin research sessions take place. The room is intended to be a comfortable, aesthetic environment free of unnecessary medical or research equipment.
‍
Researchers from NYU demonstrate that Ibogaine is highly effective for helping people overcome opioid addictions and withdrawal symptoms.

March
After decades of thorough and credible research, psychedelic substances are finally becoming approved for clinical trials and use in popular medicine.

And
The American Food and Drug Agency (FDA) grants The Multidisciplinary Association for Psychedelic Studies (MAPS) breakthrough therapy designation for MDMA-assisted psychotherapy for the treatment of PTSD.

November
MAPS announces results from phase 3 clinical trials of MDMA-assisted psychotherapy for PTSD, showing a 90% chance of there being a statistically significant difference in symptoms after treatment.

May
While psychedelic medicines are already benefiting patients with serious mental health problems, we are still just beginning to discover their full potential.

At Mindleap Health, we are committed to upgrading mental healthcare and to being a responsible member of the psychedelic community. Our platform connects people with psychedelic integration specialists, addiction coaches, and tools for mental health management.

If you'd like to offer your psychedelic integration services on our platform, email us here.

View our Statement of Responsibility
X

MindLeap Health stands against marginalization, oppression, and racism. We recognize cultural, economic, and educational disparities that exist in all societies and how that impacts health, welfare, and emotional wellbeing.

The psychedelic culture is not immune to these disparities. We understand we have much to learn as we grow and develop our programs AND we commit to hold ourselves and each other accountable to walk to the talk as a stand for inclusivity, diversity, and focus on empowering marginalized voices in the emerging field of psychedelics.

Doing so, we recognize the responsibility we hold to transparently transform the current culture and inherent abuse of power to fair and equal treatment of all people. There is absolutely no excuse for racism, and we are a stand that violence against one is violence against all, that white silence is complicit to violence.

We commit to continue to listen, learn, and change.